In the Hindu traditions, when the new born baby is named and this ceremony is called the naam karan. This function is not just a religious one but also has the social and the legal principles involved in it. This function helps to create a comfortable bond within the family. It is usually conducted after the 12th day of birth but this differs as per region and customs. 12days after the birth is said because the first ten days are considered to a period of impurity. The name for the newborn is chosen after consultations with the elders. The custom is to give a child a name that is significant for various reasons.

Lord Sudarshana is the main idol of this powerful Homa who uses his robust weapon i.e "Chakra" to grant immediate relief to the sufferings of his devotees. Also, your faults are abolished by his grace. Lord Sudarshana/Narayana is considered as the first step to be adopted in the concept of realization of God. The "Sudarshana Chakra" contains healing characteristics. Therefore performance of Sudarshana Homa comforts you from disorder of fever and unknown health sufferings. This is the appropriate Homa to perform to route your enemies and other evil eye castings. A legend has it that Sudarshana Ashtakam helped him in recovering people of a village stricken by the plague epidemics. 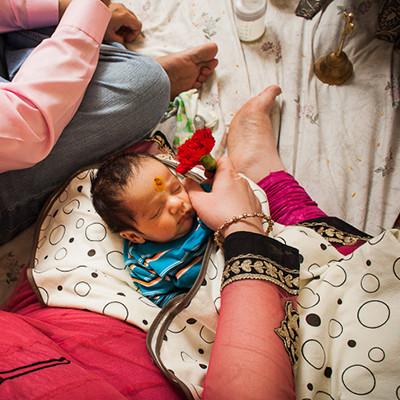 Pooja is performed before the commencement of a new business for its long-term success. Performing this pooja for one's own business has many great benefits, which ensure a person’s secure future and great stability in business.